Our systems utilize the lost methods of William Ewart Fairbairn, the legendary "Father of Modern Combatives".  In the world of modern complex self-protection, the guarantee of simple and effective stands unique. 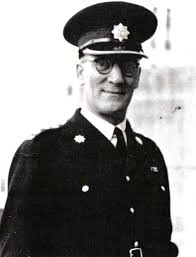 By 1940, using dynamic innovation and his unique fighting methods, he had defeated the wizardry of Oriental Martial Arts, ripped the city of Shanghai out from the clutches of the notorious Green-gang and other Chinese Triads, and personally  spearheaded the taming of the most dangerous city in the world.

In 1940, called back to England to support Churchill's call to "Set Europe ablaze", he introduced his elite fighting methods to the Allied forces elite groups, Commandoes, Resistance Fighters, and Secret agents.

By 1945, his fighting methods were legend, and rained fear upon the battlefields of Europe, Africa, and Asia, devastating the martial might of both Hitler's Nazis, Italy's Fascists, and Japan's Imperial forces.

In 1951, he went first to Cyprus, and then in 1952 to Singapore. Far from the public eye, his perfected methods slipped away. Lost under the sands of time, his methods occasionally surfaced in the training of elite forces. Sadly, for most, these legendary methods were all but lost to the outside world.

After decades lost, these methods are again available. Revived by the research of Barry Drennan and others like him, these amazing lost methods are once again yours to possess.

How we created out Civilian methods

In their creation, Fairbairn Protocol Systems, (FPS's), were exclusive systems of self-defense developed by Fairbairn Protocol. To best address the current need of Civilians, they were created by the effective combination of military-style standard operating procedures (S.O.P.s), with professional bodyguarding techniques and the proven combat methods developed by the legendary William Ewart Fairbairn; in particular, his infamous Get Tough and Gutterfighting methods.

At the FPS's combative core lies a set of fighting skills drawn from the legendary lost works of William Ewart Fairbairn. Each technique taught in their purest form. Every non-Fairbairn method we use must also meet Fairbairn's strict protocols of easy and effective.

Mastering these lost methods will make you an expert in the most proven fighting system ever documented in a global field of modern war!

One-Sixteenth of an Inch

Taking off the leash

For Military or Law Enforcement Applications

Currently we would like to focus your attention to our Feed the Dog program.

WANTED Fairbairn Protocol is currently seeking contacts with self-protection/combatives focused groups who would be interested in receiving effective communications/information regarding upcoming seminars and events. Particularly events such as the North American Combatives Convention which we successfully hosted in Montreal, Qc, Canada. Reply via Contact Us Dismiss